While we were in Washington we wanted to invite all our Hugs for Hailey supporters to an open house at Hailey's Grandma and Grandpa's house. Hailey was ecstatic to see the group of girls that were to come see her and play. Hailey wanted to be with her new friends and would tell whoever was helping her to "walk" to let go. Although hesitant we would let her bare weight on her legs and we would let go once she got her balance. Hailey was standing on her own! She was able to go 5 - 15 seconds at a time. Longer when she would hold hands with a new friend.
These girls were such a big influence and support towards Hailey. That smile didn't leave Hailey's face the whole open house.

Once the girls left you could tell that Hailey was getting tired but there was no stopping Hailey and practicing her new accomplishment! Hailey would grab anyone near by and recruit them to help her walk. 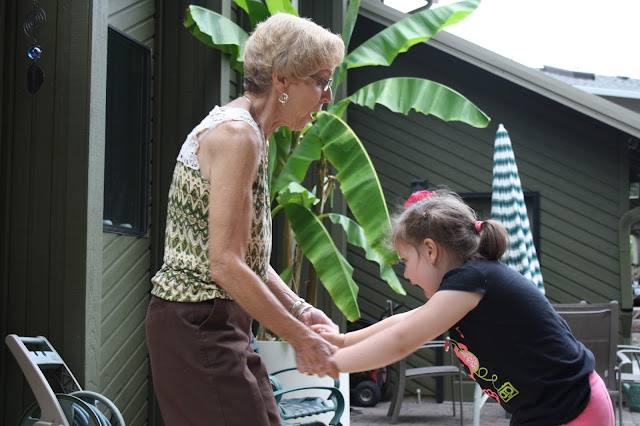 Soon, Hailey would venture over to the railing on the deck and continue to work. By this time she was so sweaty but would not stop! 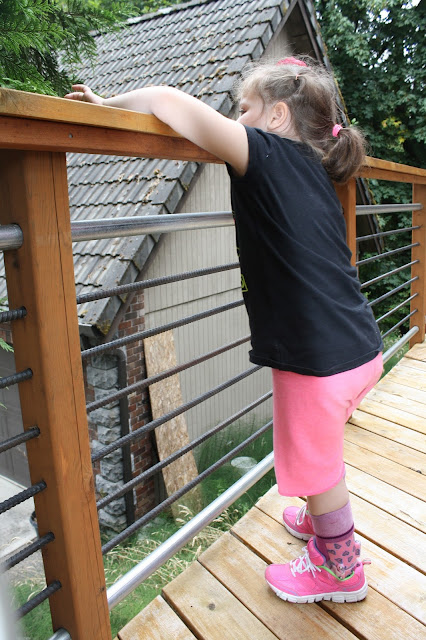 We then had a visit from a giant labradoodle and Hailey wanted to play with him. She must have been missing her puppies. 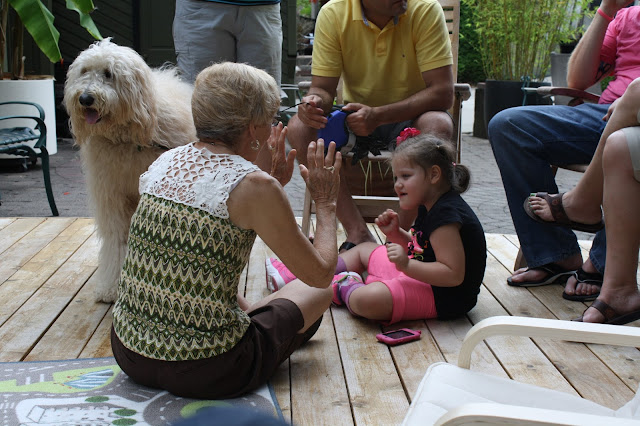 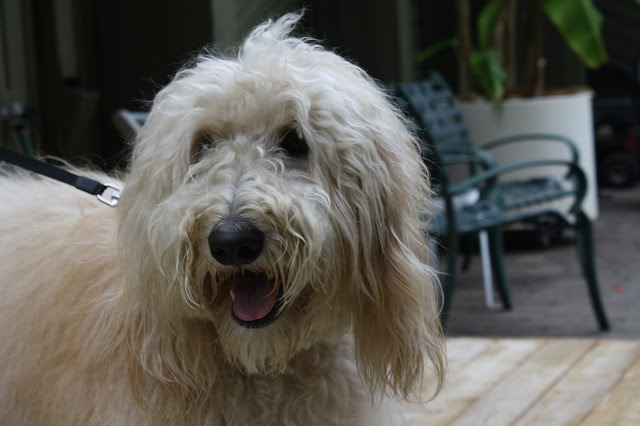 
Josh's mom knows me too well. After the open house she had planned for us to build a fire and make S'mores!! My favorite!! I thought it was the perfect time to snap a few fun pictures. Granny and Gramps stayed for a S'more and some snuggling with Hailey. Hailey tried her hand at helping Grandma make a S'more for her Josh and then, my masterpiece! 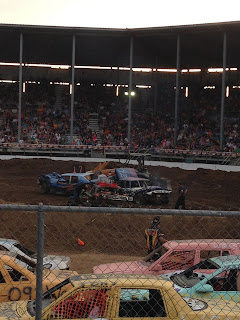 Demolition Derby at the fair 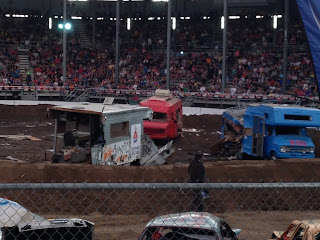 RV Demolition Derby at the fair

I get cotton candy @ the CCF

We are getting close to the end of our trip and we aren't ready to go home yet. This was really the best summer vacation we've had under the circumstances. Hailey is full of energy and standing on her own, meeting new friends, catching up with old friends. We've been surrounded by family and support and we've even been able to leave Hailey a few times. Josh had his 20 year class reunion, we both went to the Clark County Fair and we even had an afternoon to ourselves to grab lunch together.  We loved being surrounded by so much family. It's going to be SO hard to leave!