That was a quick 3 months

Earlier this month Hailey caught a cold and that little cold had lead to a bout of Ataxia. Hailey wasn't able to bare weight or even walk with her walker. She was extremely weak and it was heartbreaking! As you all know, my daughter is a fighter. She knew she couldn't get up grab her walker and speed around like she could a week before, but that didn't mean she didn't try. She didn't want to hold hands and she continuously lost her balance and we'd have to catch her before she fell. We used our stroller to take her anywhere because in a way if I know she can't get around it's easier on me to put her in a stroller even thought I know not using what she has left will be even harder in the long run. She hasn't been Ataxic since last July and that episode was a pretty bad one. I hate that as soon as we get comfortable with what we are dealing with BAM! Ataxia strikes again!

Hailey ended up needing new shoes for the new AFO's she had received. I have a funny story about someone saying that their orthotics cost $600 a pair and they just look like regular shoes. I told them the orthotics we use cost $4,600 but I'd trade him if he wanted to? NO? Okay then…LOL!! So we went off in search of shoes that 1) fit over the AFO's and 2) that Hailey would like to wear. Thank goodness there isn't a shortage of pink athletic shoes! 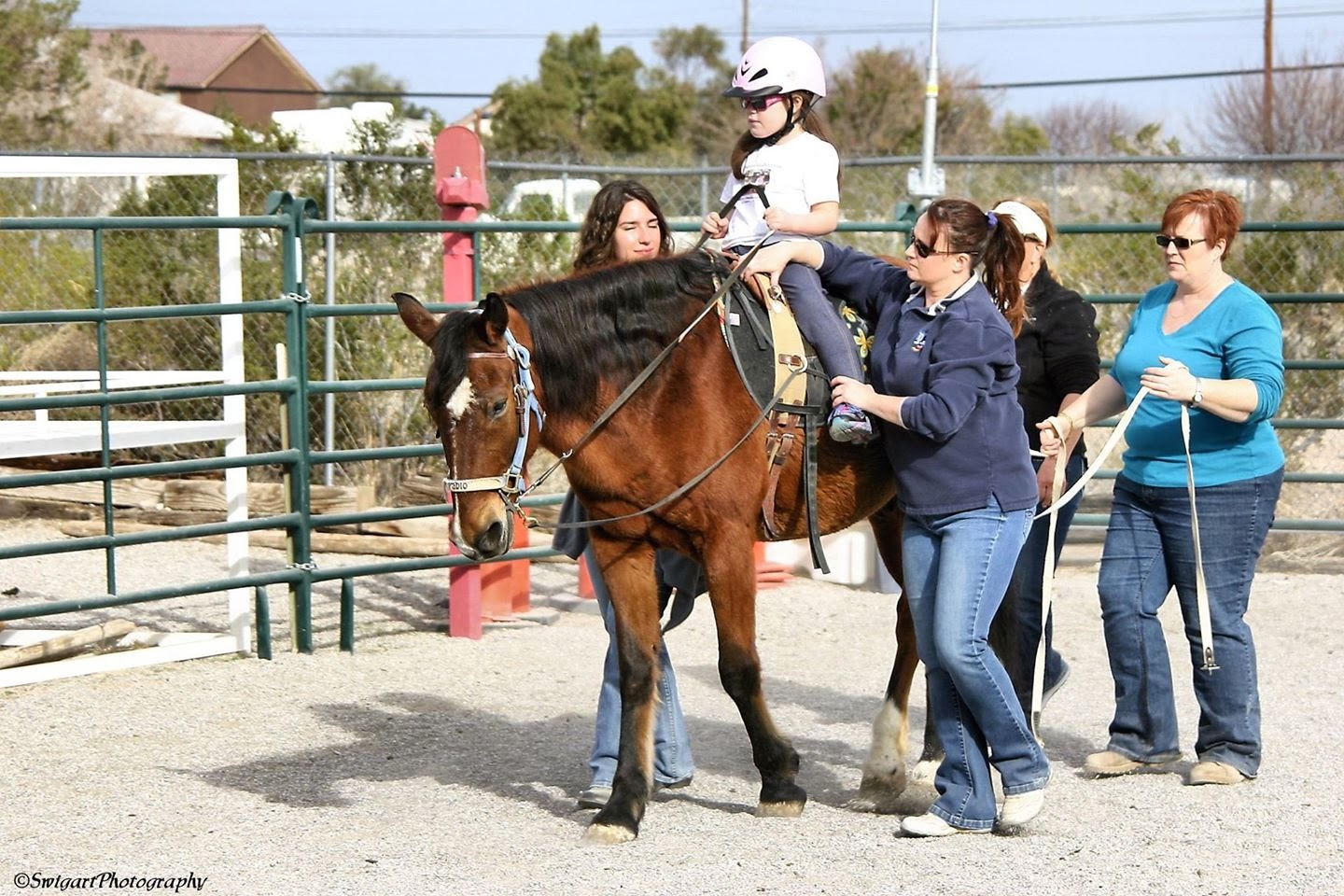 During Hailey's Ataxia we continued with hippo therapy. We were told by our Rehab/Osteopath that hippo therapy is THE best proven therapy we could involve Hailey in. Her therapist noticed that Hailey was extremely tired but Hailey still enjoyed her time with Pablo. Thank you to Swigart Photography for taking this photo of Hailey with Pablo and the volunteers!

Speaking of Rehab Dr.'s the last time we were in Utah was November so that meant it was time to head back already. It's not so bad going to Utah I honestly enjoy the short family trips. We appreciate the help people offer with the hotel and meals. Also the community there is amazing! They follow Hailey's page and when they find out that we'll be down they invite us to have dinner. Pepper's Cantina heard Hailey was coming down and invited us to the restaurant. They told us that they'd take care of us and our meal and it was great!

We want to make sure that they know how appreciative we are for the generosity. Hailey certainly has fun meeting new people and trying to order off the menu. I told her that if she'd eat it, I'd let her order it. We haven't had very much luck in the eating department, but we will keep trying! Thank you Pepper's Cantina! Dinner was great!

Speaking of great! Hailey was a great patient at her appointment. It's not fun to be stretched and pulled and measured, but as soon as Hailey saw the toys in the treasure box she allowed everything willingly. We had Botox on tap, but decided against it. Children with Leukodystophy can be stiff and ridged. Botox helps those stiff muscles relax so they are not in a permeant state of stiffness. We think that with Hailey and how she hyper extends her legs with the walker it would be more harm then help. I had really wanted to show the Dr. how well Hailey had been doing but with the Ataxia days before she had regressed to where she was the last time she was seen.

After the Dr. gave the okay Hailey headed straight for that treasure box FILLED with amazing full sized toys! Josh and I both had a hunch that Hailey would pick the Play-Doh. She's amazed by this stuff.

We weren't in the hotel for more then 2 minutes before she wanted me to open the Play-Doh. It did keep her busy while Josh and I packed up to head home.

We planned on leaving after Hailey's medication, so that gave us a few hours to spend window shopping. Hailey saw the storefront of the SweetTooth Fairy bake shop and asked to go there (she didn't have to twist my arm!) I personally LOVE the cake bites and Hailey loves the handmade lollipops. This time as soon as she saw the funfetti cupcake with PINK frosting and a gum ball on top she immediately started with the PLEEEAASSSEE MMMMOOOOMMM!!!??? I knew she wasn't going to eat the cupcake. She'd just end up looking at it. I didn't want the man behind the counter to think that I was being harsh by saying no, so I told him that she has a feeding tube and she's not going to eat it. He asked what brought us down and I explained about how Hailey's doctors are in Utah but we live in Las Vegas and I explained a little about Hailey. I think somehow I ended up talking myself into getting Hailey the cupcake even thought she would not eat it. When I went to pay the man behind the counter said that it was on him. Hailey gave him a Hugs for Hailey bracelet and proudly took her cupcake home without ever taking a bite of it.

See what I mean about an amazing community? It's not just where you live either. I know a person I communicate with through Facebook and even though she is going through her own trials she still asks me if there is anything she can do for us or if there is anything that Hailey needs. It means so much to me that she offers this. I wish she lived closer, I know we'd be great friends and a great support to each other. We don't get this in Las Vegas. We get stares when we go to malls and Hailey's in her walker, we get in arguments with people who park in handicap spaces that don't have placards (yes this happens often!), we hear the whispers when Hailey isn't cooperating and cries. If there was a job for Josh is Utah, I'd say LET'S MOVE! They even have Katie Beckette Medicaid! I'm also not saying that Las Vegas is always a pain, just 85% of the time…LOL!

Josh of course wanted to look at the golf store next door. Poor guy, I feel like he's torturing himself. He LOVES golf, but NEVER gets to play. If he's not working, he's at the gym or with Hailey or at an appointment for Hailey. When Hailey was born, he said he'd teacher how to golf. Not saying he couldn't still do that, it'd just be harder then it should be. Hailey would be all for it. 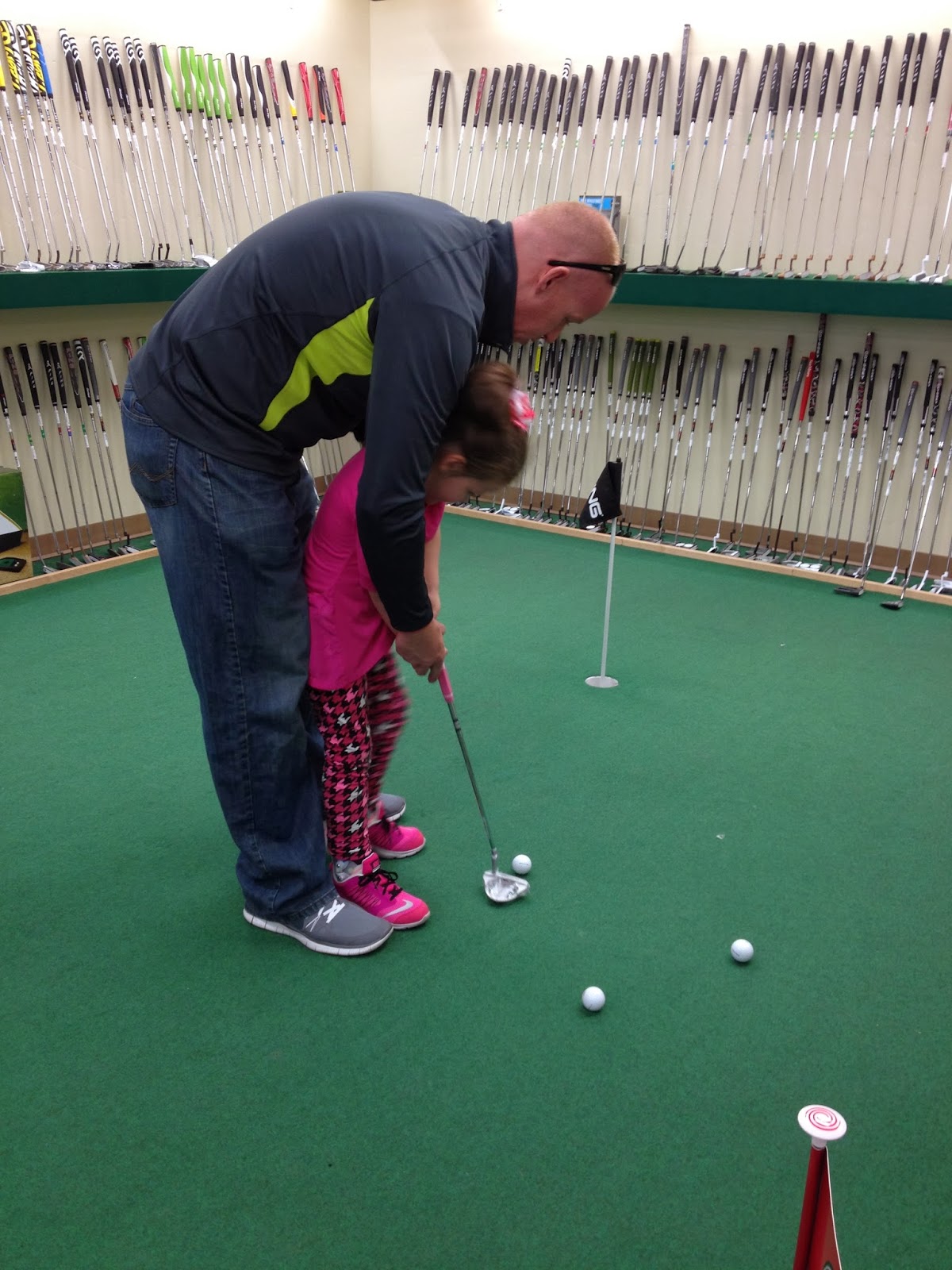 Then before Hailey's medication was due it was nearly lunch time for Josh and me. We've been going to Utah for 2 years now and we pass this "drive in" type lunch spot every time and finally decided to stop! The food here was great! Super yummy!

So that 3 months since the last time we were there flew by and I'm sure the next 3 months will as well. Next trip we'll have to also see the cardiologist to check on Hailey's heart block. In the mean while we have a G.I Appointment, therapy, and of course Hailey's Make a Wish Anniversary, then her BIRTHDAY!! Even though 1 day can be rougher then the next you have to keep moving forward. So that's what we will do.