Once we got back from our Christmas vacation we thought we'd have some time to get back to normal and back on a schedule. Hailey missed school and her friends. She was having a great time in Washington but Josh and I both noticed that something kind of seemed off with Hailey. She just seemed to get tired throughout the day which is very unlike her. Once we got home and she returned to school her fatigue continued and she started getting headaches.

I received a call from Hailey's cardiologist and she said that she got together with Hailey's team and they felt that with the ways Hailey's holter monitor is reading that we really need to move forward on placing her pacemaker. I had told her that we knew it would probably be with in the next few months. She was silent then said, no no no, we need her here next week!
I wasn't fully prepared for that. I knew that the surgery would take place this year. I didn't know it would take place within a week.

I think I was prepared to be un-prepared though. While talking to Hailey's team she also suggested a new MRI to be done. Her last one was 2 years ago and it's a lot easier to do an MRI prior to placing a pacemaker. All the doctors are very nonchalant when they talk to you about procedures for your kid. Maybe to make you feel more at ease or comfortable. It's a procedure that I know we have to do, but I don't want to do. Last time Hailey was under anesthesia she completely regressed and was vegetative for a YEAR! Now she'd supposed to be sedated 2 days in a row!?

I've taken the advice of other parents who's children have also been diagnosed with Leukodystrophy and I have started to speak with the assistant to Doctor Escolar in Pittsburg Pennsylvania. She suggests that Hailey get a current MRI also.

There is SO much to do and so much unknown, and if one more person tells me that their grandfather also has a pacemaker I'll explode! It makes sense that an older person gets a pacemaker, but this is my 6 year old. It's different! **Side note there have been COUNTLESS people who have told me about their grandfather I'm not talking about anyone in particular...Don't take this personally if you were one of them and think I'm talking about you!! LOL! Just for laughs lets not mention this and see how many people comment on Facebook about their grandpas :0) **

I don't know how long we will be in the hospital, I don't know where we are staying (I've called the Ronald McDonald House and I'm working on getting a room there, but it is NOT easy. There are lots of families that need a room and it's first come first serve), I don't know how Hailey will come out of this, I don't know if I bring Hailey's tubes & formula or if they have it. I don't know how much pain Hailey will be in. I don't know if I'm making the right decision and pretty much forcing my child to do this procedure whether she likes it or not, whether she is scared or not. I'm scared and no one says to me that I can back out and not have to make these decisions. These are just the things that are going through my head among other things. My brain has been going non-stop. I feel so overwhelmed that the other night after therapy we get into the car to drive home and I could not remember how to turn the headlights on. I thought I was finally going crazy. It took me taking a moment and some deep breathes and I remembered. It was something that has never happened to me before. I was almost afraid to tell anyone, I didn't want the anxiety of wondering what they were really thinking of me once I told them what had happened. I know I was just super stressed and really needed a moment to focus. I decided to share because these emotions that I'm going through are real. I shouldn't hide them and put on this brave face just for show.

So we will be once again packing up and heading out with no return date given. My mom and sister will help out back at the house with the dogs and Josh's mom will meet us up in Utah, so that we have family and support near by. Hailey will be out of school and therapy for the next few months and I am working on getting a teacher to come to the house for when she is ready. I honestly don't have time to dwell or overthink things. I have to focus. Focus on Hailey and how the cardiologist said this will give Hailey a better quality of life....if she doesn't have any complications with anesthesia...I think Josh and I are both worried about the Hailey that we will get when she wakes up. I remember the last time she was going to be sedated and I just had a feeling that I needed her to tell me that she loved me and I recorded it (I've shared that story before) I kinda want to just take endless videos of her just in case. That isn't me being negative, it's me wanted to be prepared. Expect the worst but hope for the best. I would hate for her to be upset because she was having trouble doing things she could once do. I don't want her to feel as if we took away her abilities.

I'll have to close up the Etsy shop for who knows how long, but I'll get all the orders out before I do. I'll keep new information up on the Facebook page and the rally page for those who want to follow along. Thank you for following along and your well wishes. We will be seeing you soon! 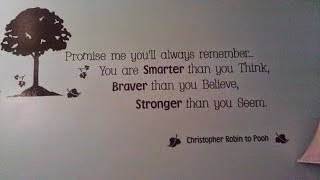 We all had such a great Christmas and New Years! We packed up the car, loaded up Hailey's supplies, grabbed her dogs and headed out on a 20 hour voyage to spend the holiday in Washington (State) Once we arrived it was NON stop and time flew right by!


Hailey made sure that we wrote yet another letter for Santa because we were now at Grandma and Grandpa's house and he might not have known that ;0) 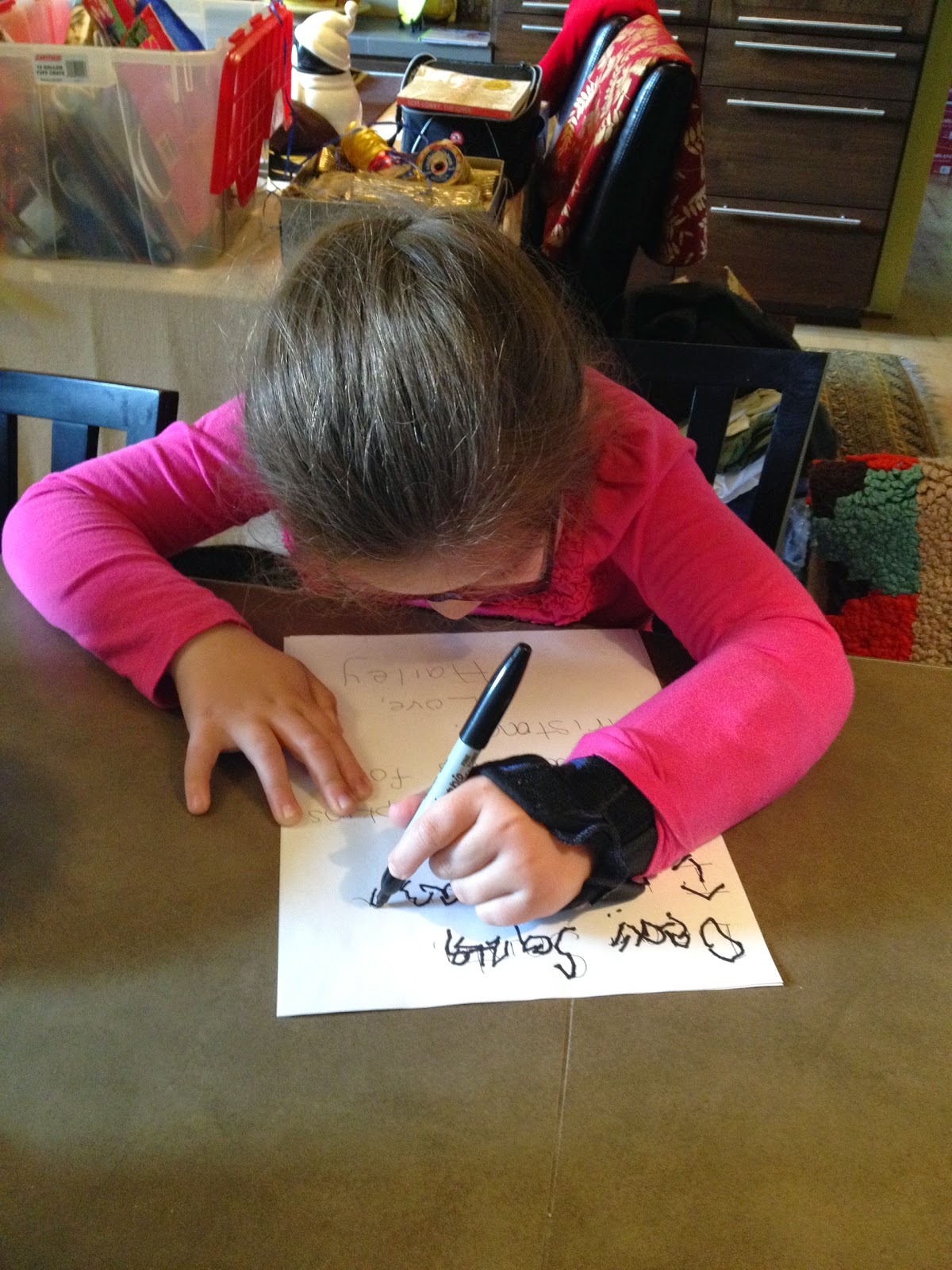 LOTS of baking! Everything was SO yummy! 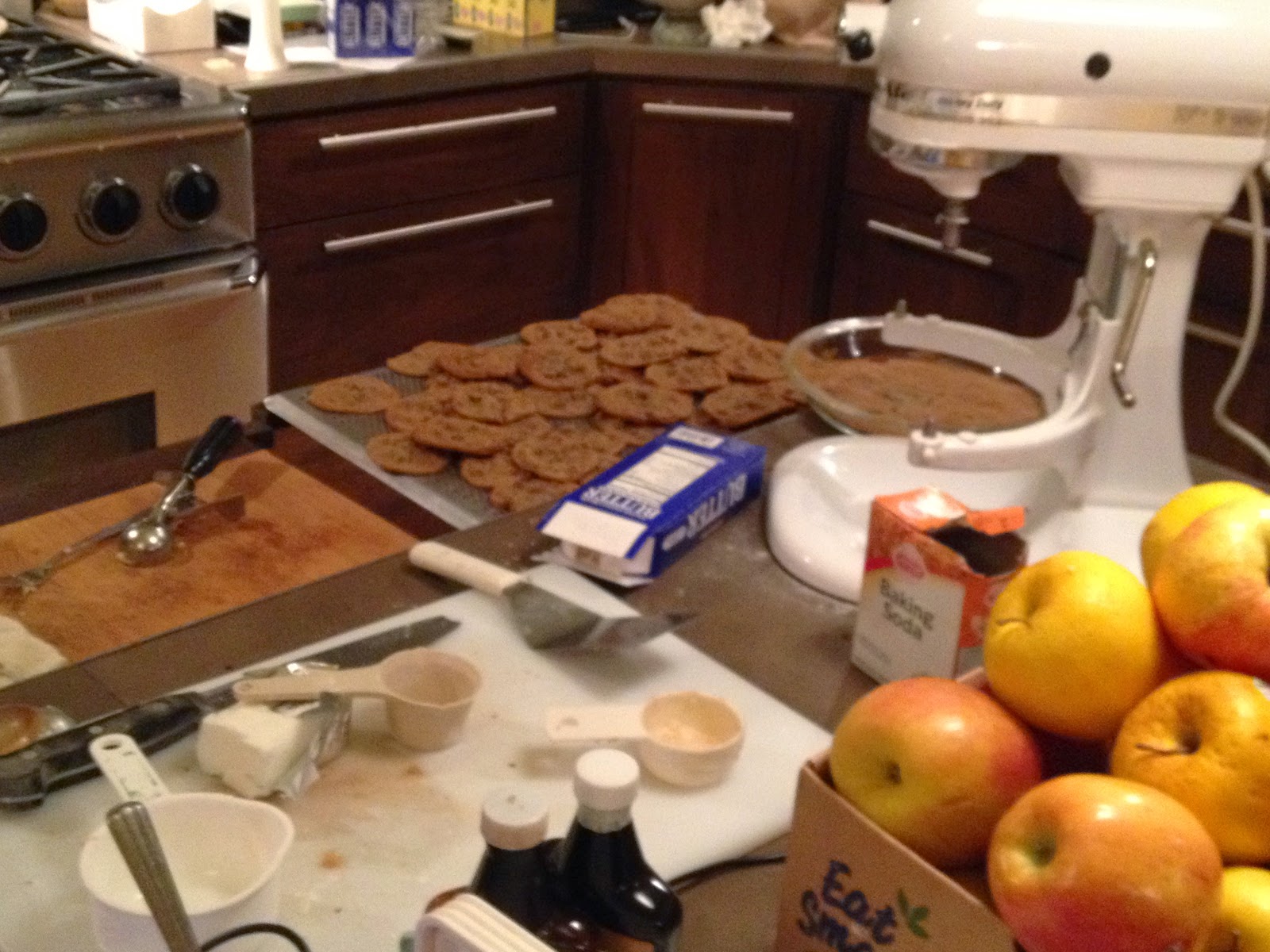 Josh took us down to Portland and we saw tons of things I haven't seen before in all the times we've been there.


We stopped at the mall and this was the 1st time that Hailey wanted to see Santa. So we grabbed a quick photo before she changed her mind! 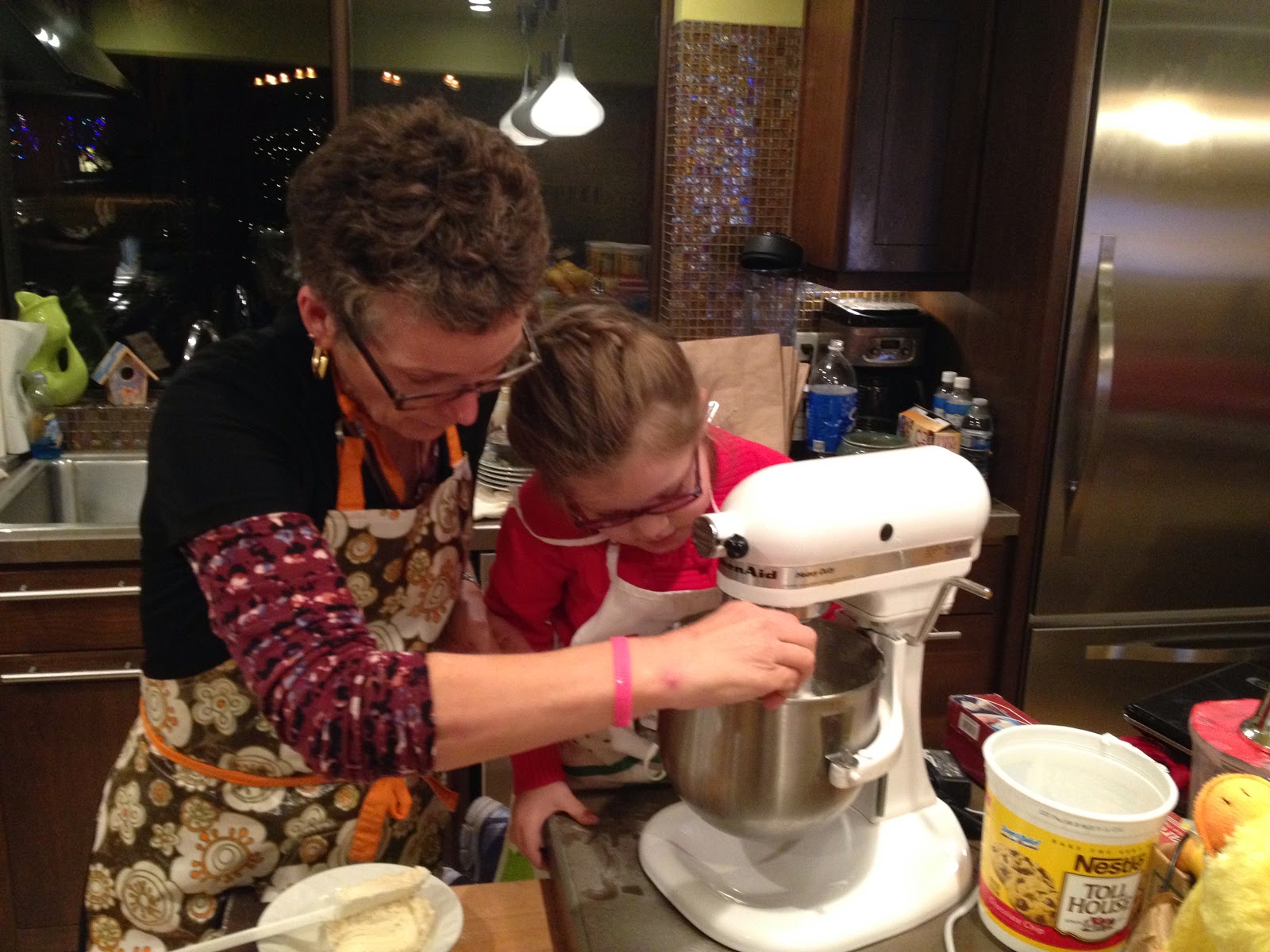 On Christmas Eve we took Hailey to church and she was able to sit with the other Children on the stage.

She loved singing the songs and the candlelight. Hailey didn't know any of the words but you would have never known it. She sang out loud and we all loved it.

After Church we went to Granny's house for pictures, gifts, and treats! Everyone takes turns and gets a family photo. Hailey is getting so tall!

The next day was Christmas morning and Hailey was up BRIGHT and early!

She received wonderful gifts from Santa, friends, family, and our readers! Thank you everyone!

Just in case you were curious...thanks to Santa and a few Hugs for Hailey supporters there were MANY Shopkins under the tree with Hailey's name on them!!! Even a few Season 2 which we still can not find in Las Vegas! These new friends kept Hailey busy for HOURS! She LOVES Shopkins!

We took a night off and piled up in the car to see some of the most decorated houses in Vancouver. Every house we stopped at had just a TON of lights and music! Hailey loved it. There was even a house that accepted donations for Make a Wish of Oregon. They raised enough money to fully grant a wish for a child! Amazing! 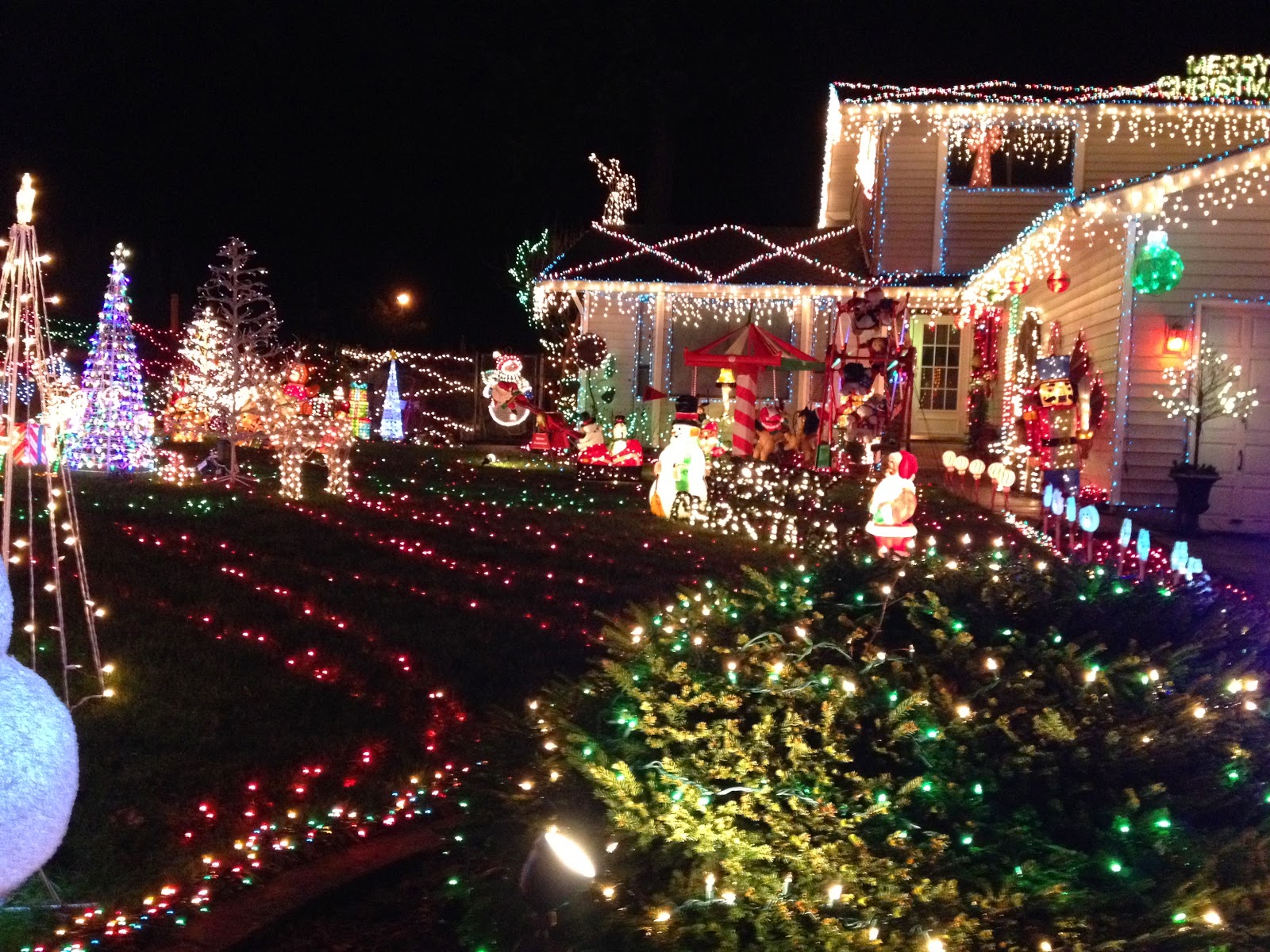 One of Hailey's Christmas gifts from Granny was a trip to Build a Bear, where Hailey built a Pony of course! Hailey showed Granny how it was done and was one very happy little girl!

Granny sure does know the way to Hailey's heart!


After the New Year it was time to pack on up and head on back. Another 20 hours in the car. We did split it up and we took plenty of breaks. I imagine it really did take even longer then 20 hours!

Thank you to everyone who sent Hailey a card or a gift. We really appreciate everyone who reads our posts! 2014 for Hailey was a great year. We had a few bumps in the road but overall it was great. So far 2015 is getting off to a bit of a rough start. More on that is coming soon!
at 12:29 PM No comments: