So in August when we had taken Hailey to see the Little Mermaid in Tuachaun we got rained out and they exchanged our tickets for another show. We decided to go on Columbus day after Hailey got home from school. We weren't going to stay the night so it would be a quick trip!

The show was a lot of fun! Even more fun if you are not drenched in the middle of intermission looking for shelter in your $3.00 poncho.

After the show Hailey was Hailey to meet and greet ALL the actors in the show and she even got them to all sign her ticket. That was her favorite part. She loves to get autographs!

The stars of the show Ariel and Prince Eric! We sat second row and during the bows Hailey blew Ariel and Kiss and Ariel blew on back! Hailey was giddy! Ariel even brought it up when they met. 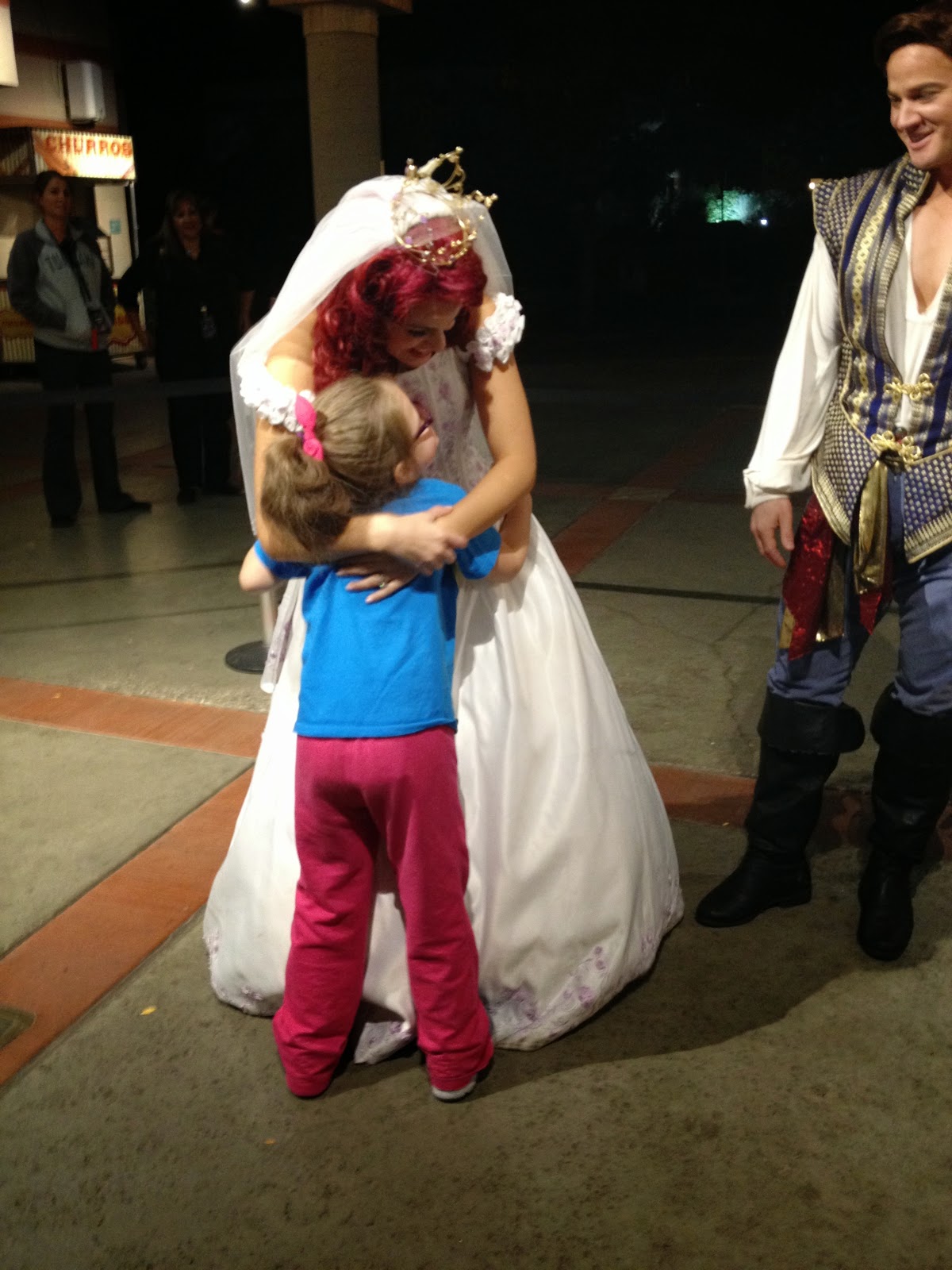 A hug for Hailey!! 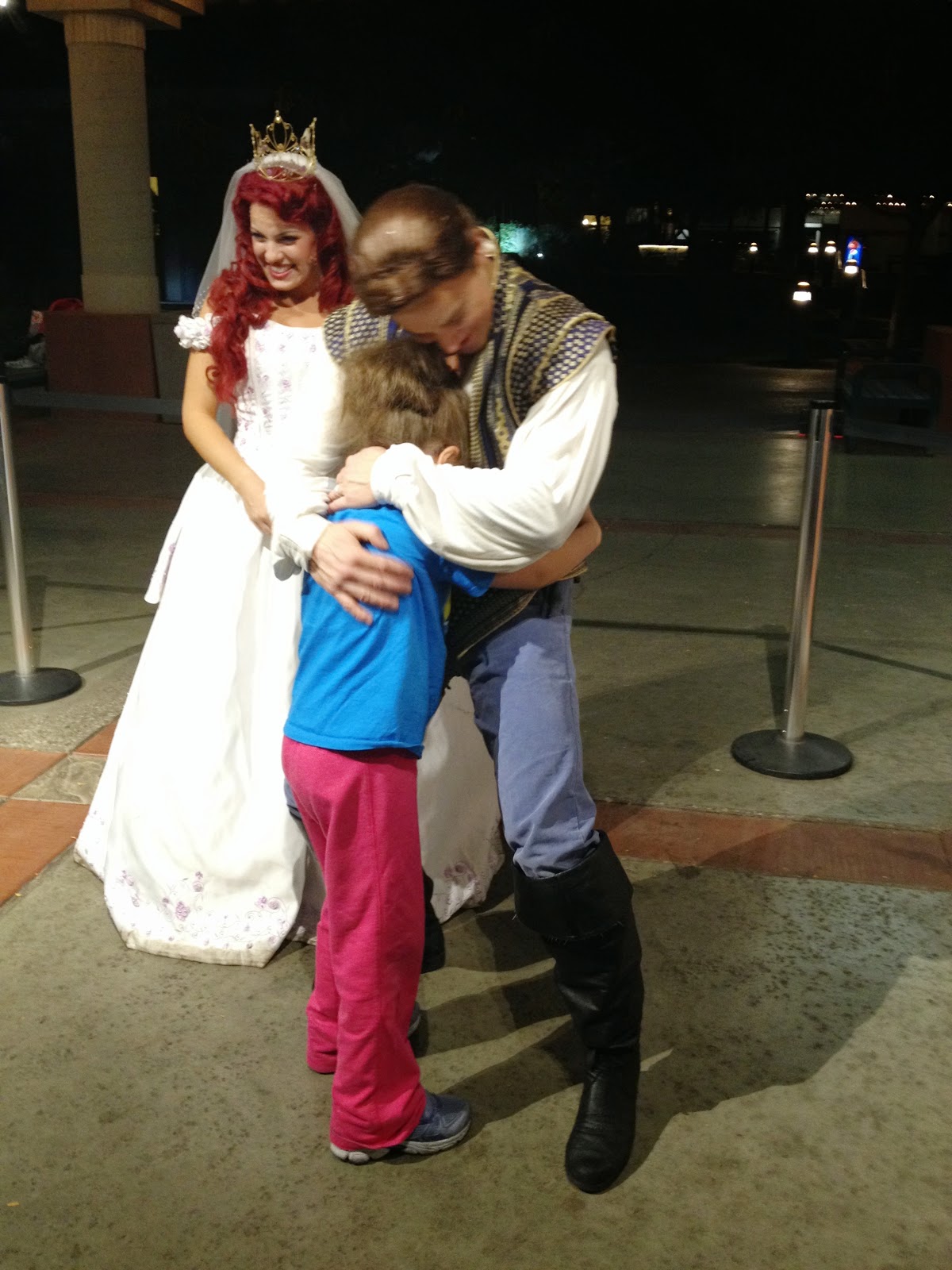 Ursula the Sea Witch was one of Hailey's favorites because she's purple!

It was a great show and we had lots of fun seeing how happy Hailey was. I love being able to do these things with her. The more memories the better!!
at 5:13 PM No comments:

Email ThisBlogThis!Share to TwitterShare to FacebookShare to Pinterest
Labels: Time with Hailey, Utah

Student of the Month for October 2014

We were so happy to hear that Hailey was chosen to be Student of the Month at school. For a child who absolutely LOVES school this was a big treat for her.

Her teacher gave us a Super Student poster to fill out together and that was also a lot of fun. It will hang in her classroom all month long!

Some of the highlights were:

Congratulations Hailey! We are so proud of you and how hard you work at school. We know how much you love being with your friends and learning new things!