A new experience for Hailey

Josh had a great idea to share one of his favorite Las Vegas attractions with Hailey Saturday night. We headed out to the Bellagio to watch the fountain show.

It's a great free thing to do. The song that played was, "Lucy in the Sky." Hailey was expecting a song from Frozen...Ha! 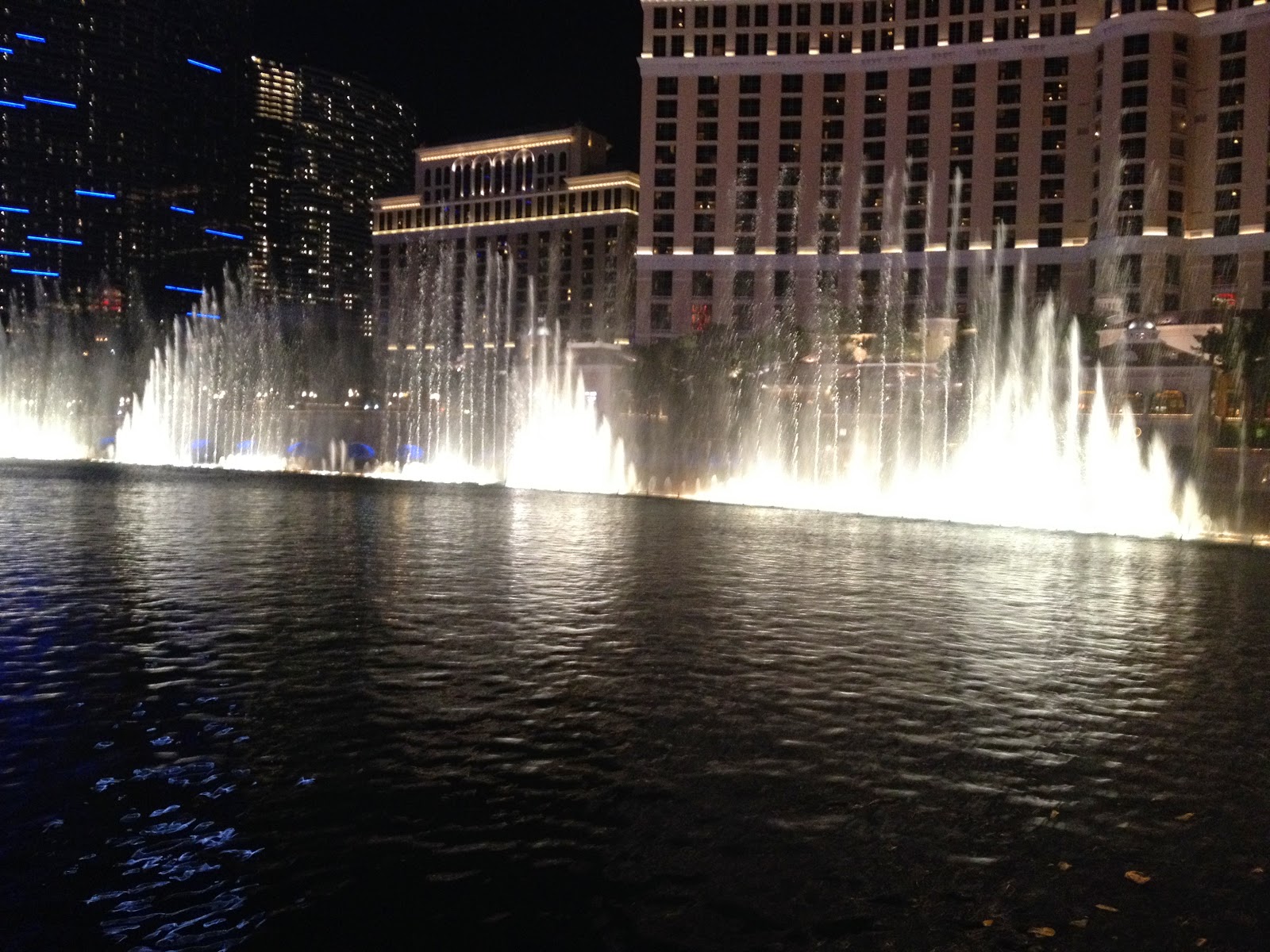 Also at the Bellagio they have their gardens open to the public. They had some pretty huge pumpkins displayed. Anywhere from 600 - 1000 pounds.

I found these tree sculptures to be so amazing! Hailey wasn't a fan at first, but I told her to look at them smiling. I told her they weren't mean trees. There was one that blinked and talked. She was holding on pretty tight with that one. 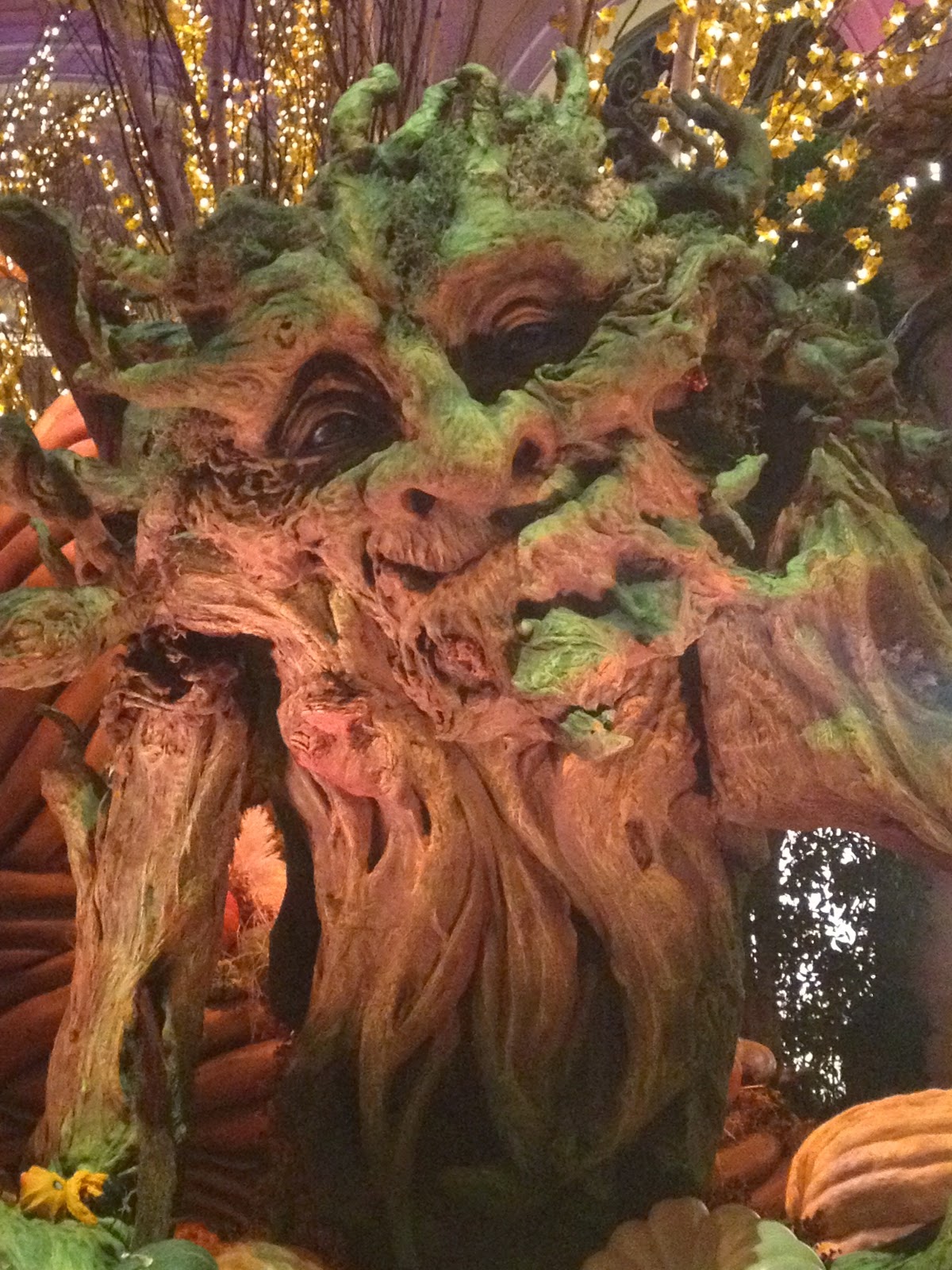 I wish I was talented enough to produce something like this! 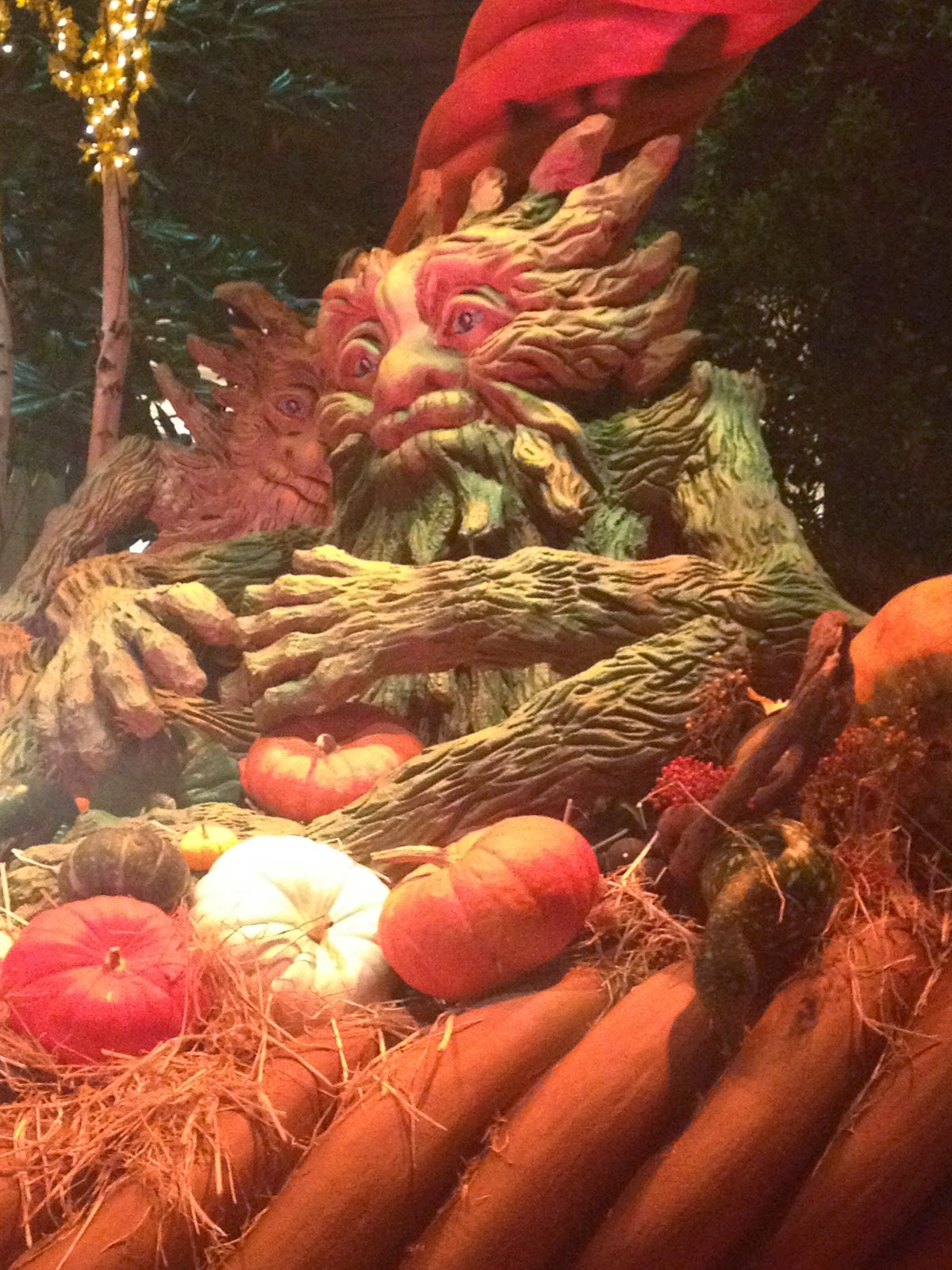 I'm glad I asked to get a photo of us. I'm never in the photos!

There was a wedding party walking through the gardens and one of the groomsmen found Hailey walking around and offered her a bouquet of flowers that were PINK!! Hailey was thrilled! We said thank you and gave him a card to our website. I love how Hailey makes these connections with her personality. The flowers were beautiful.

Dad, Hailey, and Mom. It was nice to be able to get out of the house and do something new for Hailey. Show her things that are right in our backyard. I even showed her the Eiffel Tower across the way. I tried to teach her to say "Bonjour!" We can pretend that we are in Paris. I remember before Hailey was sick and all the plans I had for my child when she grew up. I thought to myself an awesome graduation from High School gift would be to go to Paris to see the Eiffel Tower. Something I've always wanted to do and I would love to share that experience with her. I kinda also want to go to Euro Disney...
Even if that dream is close to impossible, I still won't give up on that goal. Hailey I promise to try and take you to Paris with me one day. Maybe even before you graduate high school.

Email ThisBlogThis!Share to TwitterShare to FacebookShare to Pinterest
Labels: Time with Hailey

Hailey is officailly a 1st grader! She was so excited to go back to school and better yet to ride the bus to and from home.
This year Hailey will have adaptive PE along with Music, Art, Physical, Speech, and occupational therapy. I can't forget Hailey's new favorite Library. She will also be taken out of her self contained special needs classroom and placed in general ed for reading comprehension. I know it may be difficult for her but I know she can do it and how ever it turns out, if she excels or not I'll be proud of her for trying.

Nothing about working with the school district has been easy for me. I had fought for so long to finally get Hailey what she needs and what she is entitled to. This year she will have her same 1 on 1 aide to help with all her needs. They even have a walker in the class so that Hailey can move from class to specials and back and not depend on her wheelchair. Her wheelchair is there as a backup. She can get tired so easily. She comes home and I ask her a bunch of questions about school. I have her aide write down some details so that I can encourage Hailey to tell me about her day.

At night after therapy and appointments her and I do homework together. She does fight me, but we work together and make a good team. I'm excited to see what she will learn and all the friends she will make.
Have fun my big 1st grader!!