My opinion on a new Theme Park we tried out

This weekend was the first time we had thought about taking Hailey to Knott's Berry Farm. I've only had one experience with KBF and it was an email communication asking if anyone could answer some questions I had before we spent the time and money going. It was a very short conversation as they didn't really answer any of my questions without suggesting that they couldn't / wouldn't be able to tell me yes or no. Everything was "Up to me" to figure out.

Knott's Berry Farm was never on our radar. When Hailey had her Make a Wish to Disneyworld, we also got tickets to Universal Studios and Sea World. I personally am NOT a fan of Sea World or any theme park that is zoo like. I understand learning from animals and healing and rehabilitation of animals but I watched too many documentaries and it's just not my thing. We went the one time and it was perfectly fine, but we never felt like we have wanted to go back. Disneyworld was awesome and we frequent Disneyland about every 3 months. That place makes Hailey so happy! Universal Studios is AMAZING with kids who have special needs. Hailey could not ride one single ride at Universal but the character experience is what she enjoys.

We decided to take a chance with Knott's Berry Farm. All I have known was that they have Camp Snoopy and that should be kid friendly right?? Well...Not exactly.

As you probably know Hailey has a g-tube and she has a pacemaker. She wears AFOs on both legs, she wears glasses, she's developmentally delayed and she's 10. So she loves the little kid rides but she's TOO tall to be able to ride them. Physically Hailey is a taller then average 10 year old but mentally she is about 5 or 6 years old. So while Camp Snoopy did have rides she would love to go on she wasn't able to because she's too tall. The rides she was tall enough to go on were to intense for her and in the end there were not very many rides in the Camp Snoopy area. We tried to see every single show and we rode 2 train rides.

The price point for Knott's Berry Farm would be amazing for an average "typical" child but we just couldn't do much. We are at the point where we can make anything work so that's what we did. We took our time, we walked around, we saw the shows, we talked to the employees, and saw characters.

The one thing that was great at Knott's was you don't have to fight for a disability pass.  It's pretty much a no questions asked type of thing. Well, at least for us. The employee did see Hailey was in a wheelchair. At Disneyland they will try every which way to deny you a disability pass. You really have to argue your way through the conversation to help them understand why your are "worthy" of obtaining one. In my opinion that's Disneyland's one downfall.

In the end if I could decided to go again after what I now know I probably wouldn't spend the money. If I could suggest things to Knott's Berry Farm it would be the following:

*expand Camp Snoopy to include more for kids of different abilities.
*all the rides are outside and they should have at least a couple to get out of the sun
*I didn't enjoy how many times LUCY called Snoopy "Stupid" or a "Stupid Dog" I tell Hailey not to call people stupid.
*They need more companion bathrooms or family bathrooms and they need to inform their employees what those are and where they are located.
*The bathrooms were not constantly being cleaned like they are at Disneyland. I've never been in a dirty bathroom at Disneyland.
*there didn't seem to be a lot of places to cool off. Universal Studios has misting machines with fans going every few feet, which helps a lot!

So that's about it. It's just my experience and my opinion. I thought it might help anyone that's in our situation on similar to know these things or at least have an idea about them. I feel like we went in completely blind and I couldn't find anyone to help me out. Hopefully this gives someone a bit of insight to ask more questions before they pick a theme park for their family.

New items are in the shop!!

We had our shop closed for a few days so that we could update what we were working on! Here are a few of the custom orders we did! 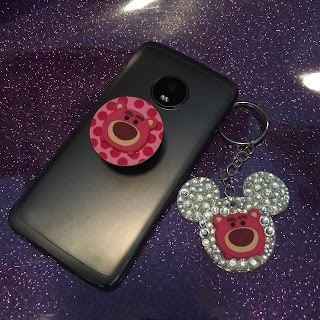 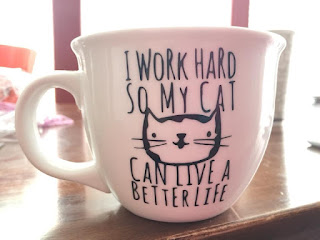 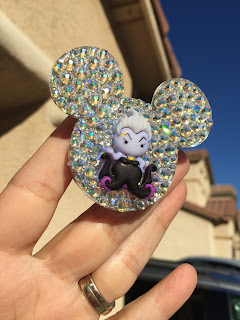 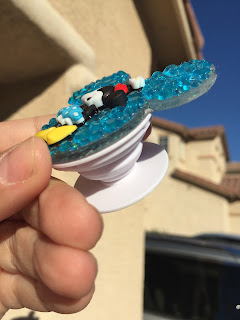 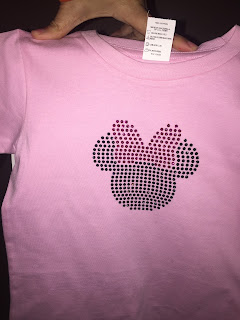 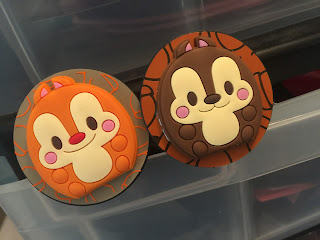 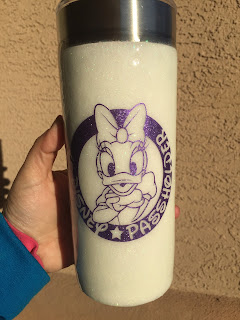 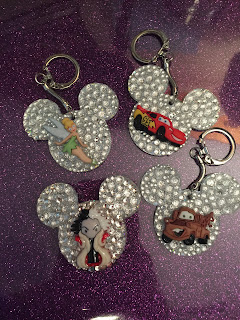