This will be difficult to write, but know by the end things are under control.
Last Tuesday Hailey had 3 big seizures. The paramedics were called and she was taken by ambulance to the Las Vegas Children’s hospital. The seizures were stopped by giving her a sedative. She was unconscious for almost 24 hours in the pediatric intensive care unit. The longest 24 hours of our lives. Very long story short, we had to do a flight for life to Salt Lake while her Dad drove. (More on that later) Hailey is now taking anti-seizure medication for the rest of her life. After stays in 2 hospitals in 1 week we are recovering at home now. Last night was our first night back. Even though I was exhausted I was also terrified wondering “how do I sleep and monitor Hailey at the same time?” I was told the first 3 months are what determines if the dose is correct for seizure management, even though it initially goes by weight. We’ve NEVER had to deal with seizures, but as her disease progresses new things are certain to pop up. We were doing so great for so long! We were NOT prepared for this but now we have to deal with it. Hailey is a bit weak as expected but still smiling and laughing at the silly things we do to try and move forward. We will slowly but surely get into a routine, but the last week has been extremely rough on all of us. August is just not our month, never has been.
I’ve had the Etsy shop closed while we’re getting back on track but I will do what I can for custom orders I’ve started when I can, but Hailey always comes first. 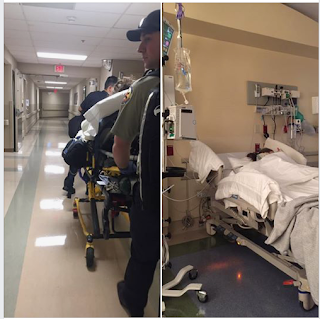