An unexpected trip to the Mall

Yesterday was very eventful! Normal day as Hugs for Hailey went to school and we had a Dr. Appointment after. Josh was home from work and had a golf club that needed to be re-gripped. He was going to head down to LV Golf and Tennis,  the Fashion Show mall where my little sister works was near by. I needed to do an exchange at the Disney Store and Hailey wanted to see her aunt. So we all decided to go together. 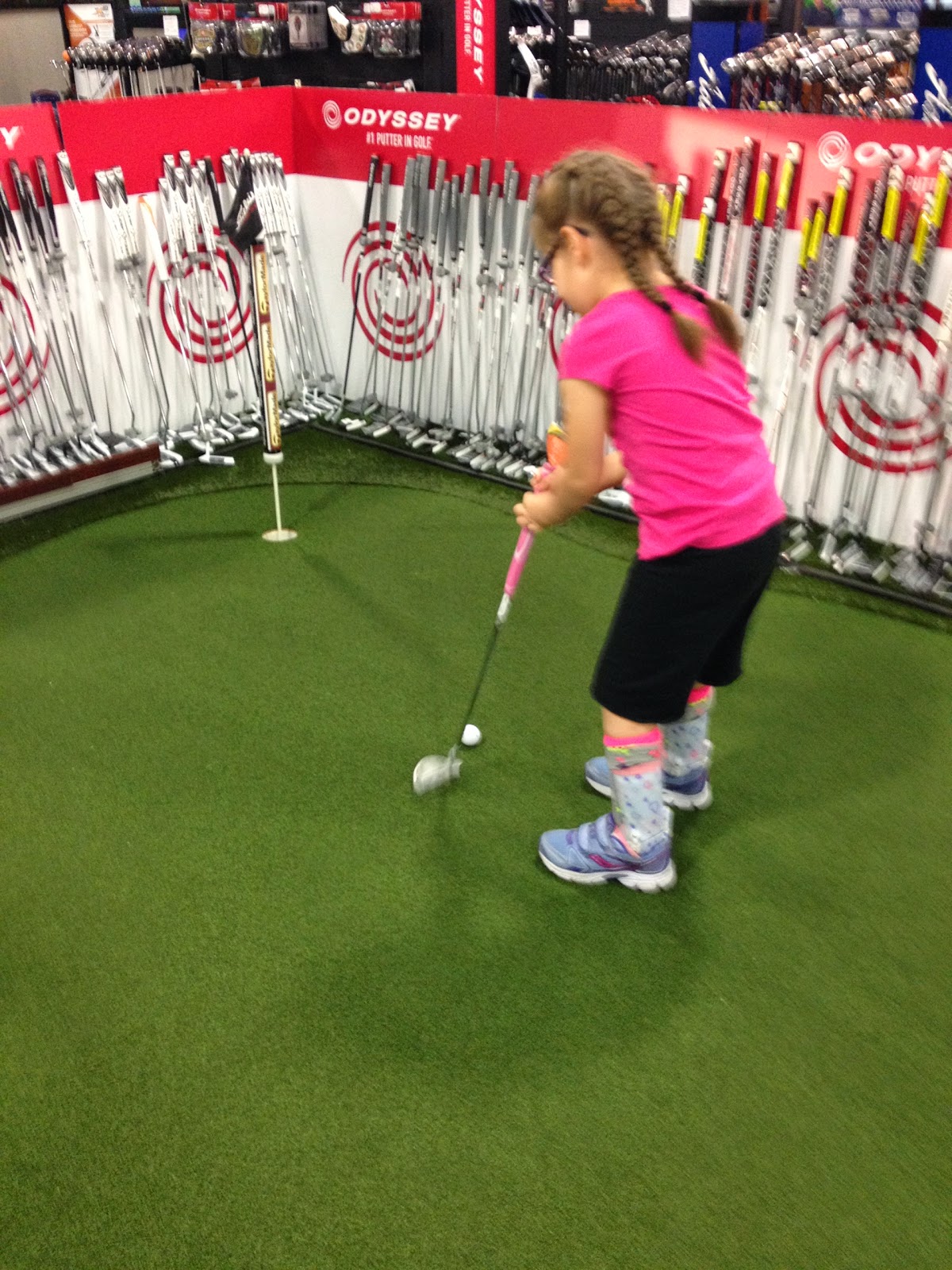 While at Las Vegas Golf and Tennis we were able to offer a man, named Chris a ride to his Hotel so he wouldn't have to wait for a cab. It was hot and humid out and both Josh and I do not like cab drivers. This was an act of kindness we were happy to do!

(Nice to meet you Chris!)

After that we headed over to the Fashion Show Mall and I did my exchange and I was going to take Hailey to go see my sister. I received a text from her right before we headed over saying she went home early because her ear was bothering her so we decided that we should grab a bite to eat at the food court. I wasn't TOO hungry but I did feel like getting something sweet and did you know that Nordstroms has a cafe? They also have desserts in that cafe so we decided to go there. The cafe was on the complete opposite side of the food court.

As we were walking towards Nordstroms Hailey spotted the brand new LEGO store that just opened. She didn't even ask if we could go inside she just headed in that direction. We spent some time there and let her play with the LEGOs they leave out. It's a great idea to have those out and Hailey had lots of fun.

I know the small LEGOs might be more difficult for her to play with but I think her at least trying would work on her gross and motor skills so we decided to get a few for her. Even Josh had fun at the LEGO store. He said when he was a kid he had a suitcase FULL of LEGOs he used to play with.

It was getting closer to 6 and we headed to the Cafe. We ordered our food and sat down. All the sudden this voice comes on the intercom saying that Nordstroms has been put on a lockdown and to remain where we are until further notice. It didn't seem like this was bothering anyone but I kind of got worried. Was it a lost child maybe? Did someone get hurt on the escalator, was there a thief they were trying to catch? The manager came over and explained there had been a shooting in the mall and no one is allowed in or out until the police release the okay to do so. A shooting was the furthest thought from my mind!

So now I began to worry more. Hailey will need a diaper change soon and then she'll need medication and if we are stuck in here how do I get her what she needs? While I'm panicking, our dessert arrives and I could barely even enjoy it. I texted my sister to see if she knew what had happened or if she had talked to her shop. The shooting happened directly above her store. If she had been at work we would have been visiting her at the exact time and very near where the shooting was.

Luckily everyone in the cafe was very calm and Hailey was fine and we were all safe. Josh looked on his phone for more info and about an hour later we were all finally able to go home. It was crazy and scary. 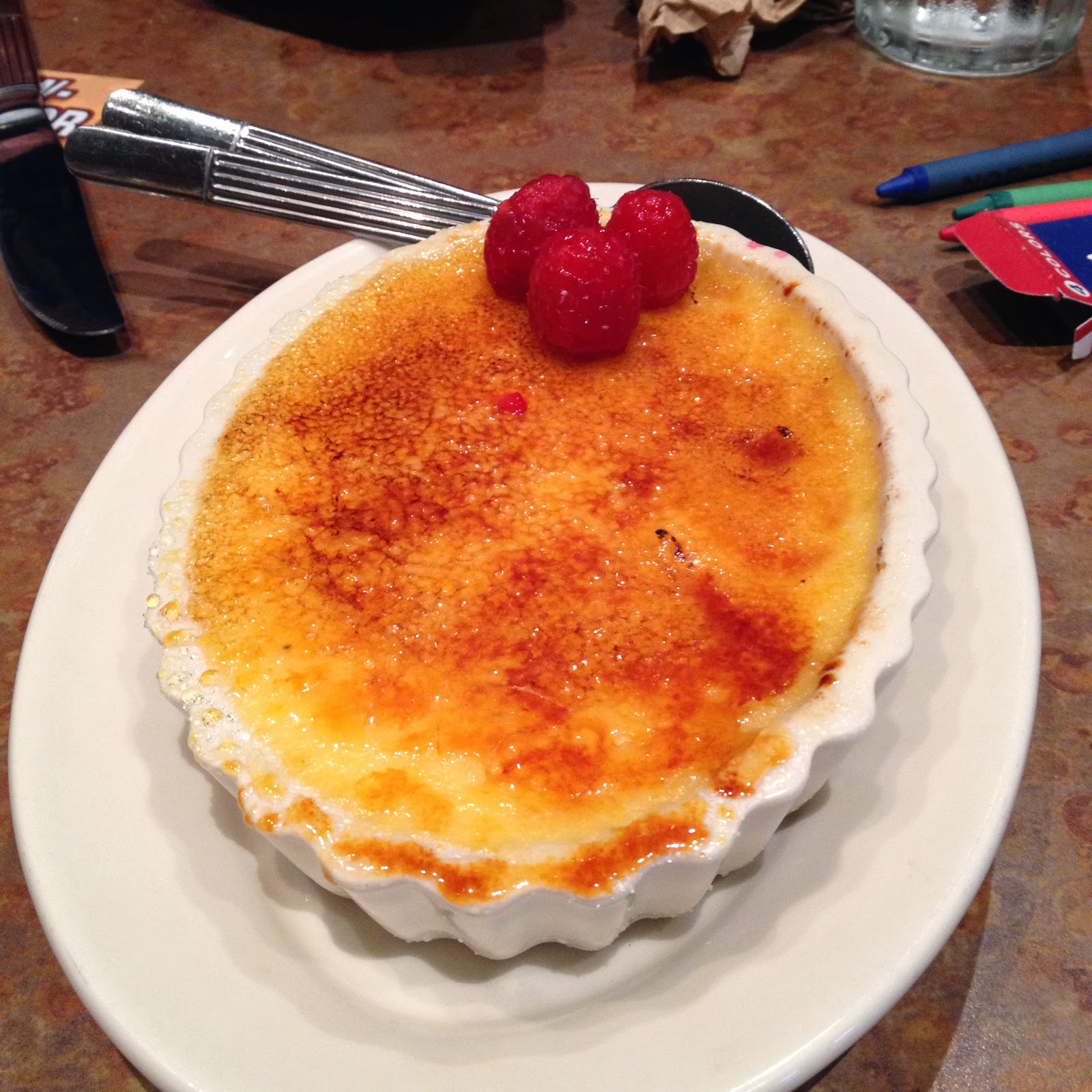 (Yummy Dessert)
When I arrived home, I hated having to think about what may have happened if things played out differently. After I put Hailey to bed it was hard getting to sleep. I'm glad Hailey never knew anything was wrong and I'm glad that when I freak out Josh can stay calm. I'm glad we all got home safe.