Our Trip to California First Stop Build a Bear

We were so beyond excited to tell Hailey that we were going to get to go to California to do some SUPER fun things for her Make a Wish Anniversary that was coming up. The actual date of her anniversary is April 7th, but we planned to go a little earlier so that the weather would be nicer.  Last year we stayed at the Grand Californian Hotel, this year we stayed at the Paradise Pier Hotel. It was a great hotel, but if I get to pick our hotel next time we are going back to Grand Californian. It's just easier to stay closer to the park with medications, feedings, and diaper changes!

Checking into the hotel they had some fun buttons and surprises waiting for Hailey. She even got an autograph picture of Cinderella! 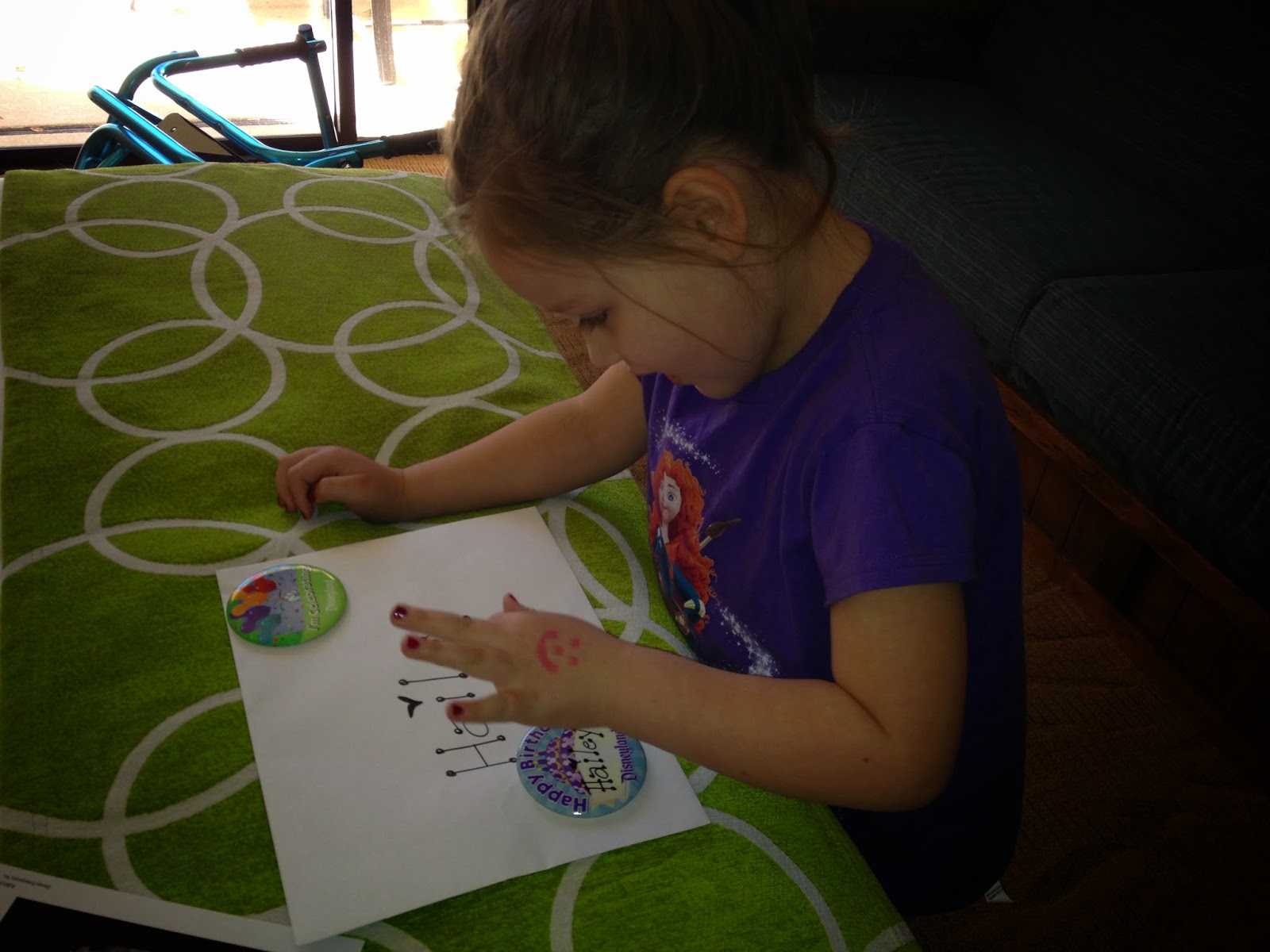 Hailey was pretty excited about the decor of the hotel rooms. The beach ball pillows were a big hit and were played with every moment we were in the room.  We happen to be on the same floor as the pool and you were able to see the fireworks from the balcony.

Our first stop on the list of SUPER fun things to do was take Hailey to Build a Bear. Our child LOVES this place. Not only do we have to stop by every time we walk passed in the mall we have to listen to Hailey cry every time we have to leave. I almost want to make detours so we don't have to pass BAB when we go to the mall, but she loves the place so much I can't bring myself to do it...

She got to pick which Bear she wanted to build, but if you know Hailey, you know that if she has a choice between a bear and a pony, she's going pony. She LOVES horses as you all know. It was an easy choice. A pink pony = Hailey 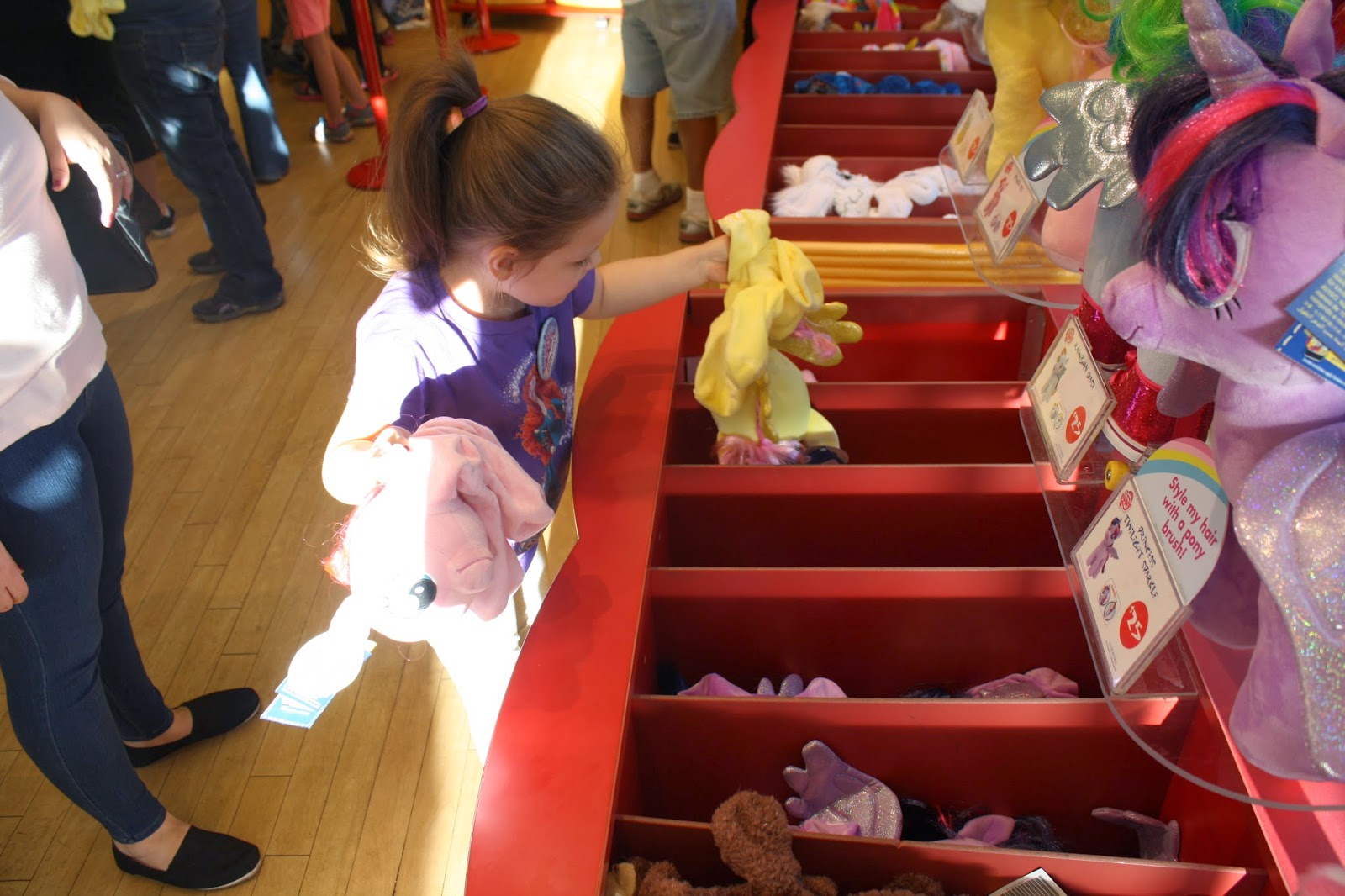 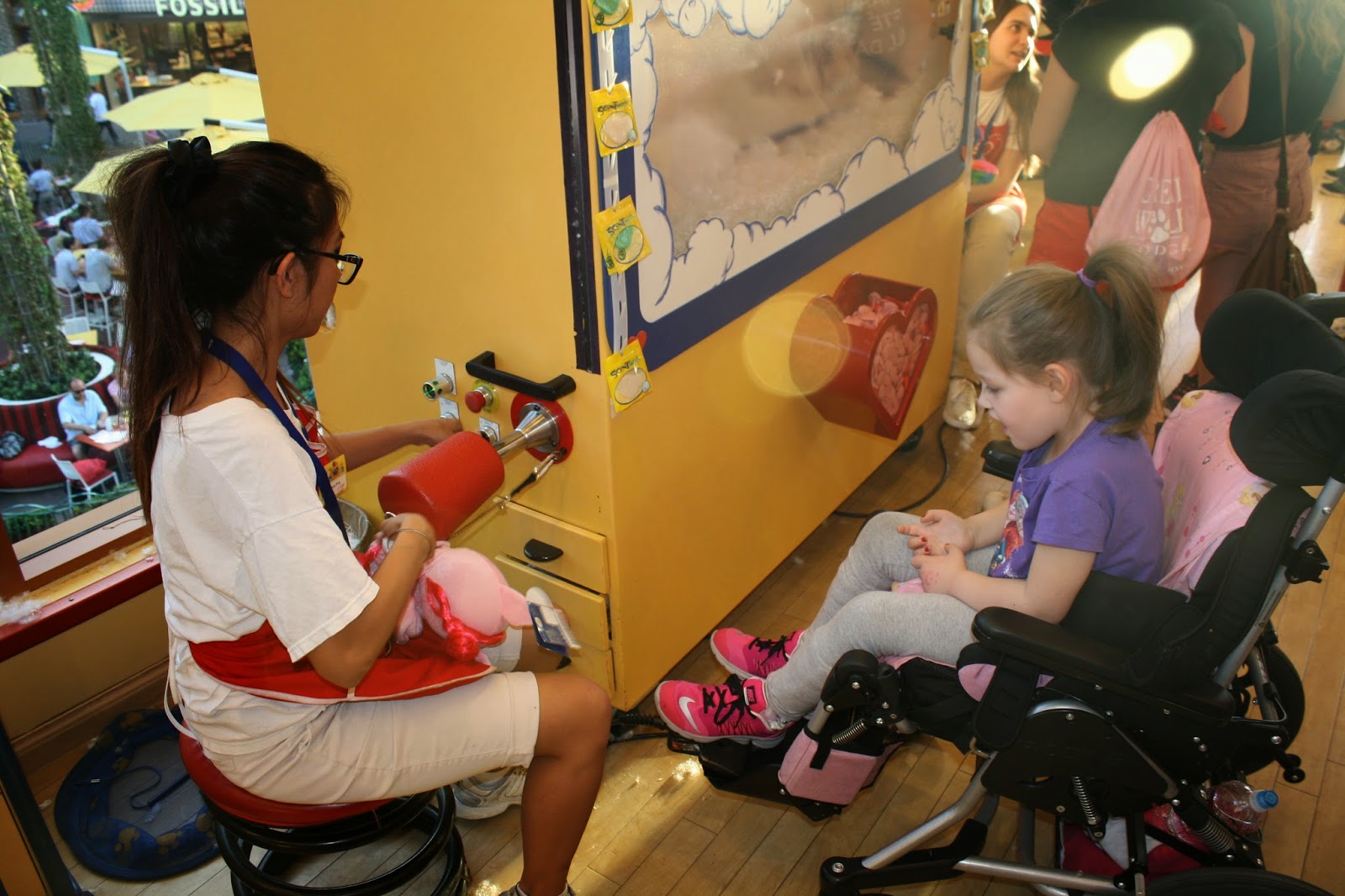 Hailey knew exactly what to do when it came time to build the bear pony ceremony. She loves the story that the person helping tells you:

Pick a heart for your animal...

Rub it on your nose so your animal smells nice?

Rub the heart on your cheek so it will have your smile...

Hold it tight and MAKE A WISH for your animal.

Give it a hug to make sure it's got plenty of stuffing...

Hailey LOVED every minute of picking her new friend and getting it all ready to get dressed and come home with us.

She got to take her pony to the "bear wash" and fluff it up with air and a brush. She had so much fun doing this. This pony is VERY fluffy, especially after 10 minutes...

Hailey was FULL of smiles at Build a Bear. She was very excited that we let her pick out clothes and shoes for her pony.

Hailey wanted Pinky Pie (the pony's name) to have the same shoes as her. So it shall be!! Pinkie Pie was dressed in pink sneakers JUST like Hailey!

My happy girl getting to take Pinkie Pie back to the hotel with us. I also posted a tweet while we were there because every tweet with #sharebabwwishes $1 was donated to the Make a Wish Foundation. I was happy to see our tweet recognized by Build a Bear as they favorited our tweet. (if you are on twitter that made sense. If you are not on twitter that was pretty confusing...LOL!)

If Hailey thought a couple hours at Build a Bear was fun she was in for a BIG treat the next day. We made sure to get to bed early so that we could wake up early and head into the park! Disneyland HERE WE COME!!!
at 1:00 AM