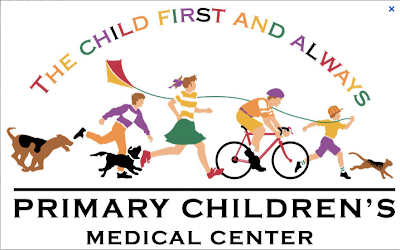 A part of Hailey's "team" I didn't talk about was the Rainbow Kids Team. Here is a description on what Rainbow Kids does:

Rainbow Kids is a consultation service that can be provided to any child experiencing a life-limiting illness.  The Rainbow Kids team consists of a social worker, chaplain, nurse practitioner, nurse, and doctor.
When I was first told about having to talk to the Rainbow Kids I didn't really understand what they did. I had to look up Palliative Care which I did. One part of the definition of Palliative care stuck out. That part was:

Palliative care (from Latin palliare, to cloak) is an area of healthcare that focuses on relieving and preventing the suffering of patients. Unlike hospice care, palliative medicineis appropriate for patients in all disease stages, including those undergoing treatment for curable illnesses and those living with chronic diseases, as well as patients who are nearing the end of life. (I guess that part is us)

I didn't know exactly what they wanted from me or wanted to talk to me about, but I soon realized that's all they wanted to do was talk. They all have their own part in talking to a family. The social worker was a fun guy in a batman shirt who occupies the sick child while the parents talk. I kind of went into a corner and tried to ignore them.

The chaplin has a way of getting you to talk even if you don't want to, but I didn't really fall for it...then. Josh did. Maybe he wanted to talk to talk to them I don't know. The chaplin see Josh wearing a University of Oregon Ducks shirt and got him talking about sports, then football, then he said the golden words....Steve Prefontane. Josh knows all there is to know about him and was more then happy to share what he knew, even though I had the sneaking suspicion that it was a lure. He just wanted to get Josh talking to warm him up for the bigger questions to come.

We were asked a few times what we wanted to do in regards to Hailey's Quality of Life. I looked that up also:

I don't know if that's a trick question or if they are testing us to see if we know what we are doing with our sick kid. I wanted to ask them what answer they are looking for with that type of question. What kind of quality of life do you think we want for our kid? We wants what's best...duh? We want Hailey to be happy. I wonder if they thought we were putting her through too much. We have done the same thing over and over. We've done 8 MRI's 3 Lumbar Punctures, Countless blood draws, and we have always got the same answers with every test. Maybe they think we should stop. When is enough enough. Well they aren't there to tell you that. They are there to talk to you until you figure it out yourselves.

At first I was really nervous about them popping up here and there but then one of them asked if I knew about the Make~a~Wish Foundation. After you hear that your kid should be "Making a Wish" so many things go through your head. It becomes real.

I think they might have been more help to us if we had our family around. Then they could go talk to them and "counsel" them. I wouldn't mind talking to a counselor, but I don't live in Salt Lake. They came right after we talked to one of the neurologists that told us that if we were to guess how long would we think we would have Hailey around for. Josh said he doesn't think that she'll make it to age 10 and she said that was a very generous guess. We might have until she is 10 but at what cost? Apparently things are only going to get worse. Once we got home and were only there for two days we ended up in the Hospital again. My next post will pick up there. I just noticed that I didn't add the part about the Rainbow Kids in my last post and they come into play later in our story so I had to make sure I mentioned it.