Spent the weekend in Utah

Since discovering that Hailey has a second degree heart block she now needs to see her cardiologist every 6 months. "Luckily" we had an appointment to see the rehab doctor and we could kill 2 birds with 1 stone and make 1 weekend out of it. Friday we drove up to Utah and Hailey needed to have a holter monitor placed. Hailey was NOT happy about this. Hailey first had to have an EKG done and that was the easy part. Once the cardiologist reviewed it and spoke with us the holter was placed and needed to stay on for 24 hours. This is Hailey's sad face right before the tears came. Anna was a good sport and also wore the stickies.

They have yet to discover an adhesive for the holter monitor for children with sensitive skin. Hailey did very well for the 24 hours with minimal complaints. We had told her that the next day after we take the monitor off we'd take her swimming. That made her happy.
We were told by the cardiologist that the heart block has progressed and will most likely continue to do so. The longest heart block (pause in beats) was 1.5 seconds. Once they become longer at 3 seconds and more frequent Hailey will need a pace maker placed. Hailey is old enough now that they would be able to place the pace maker through her chest instead of through her leg. I guess if I was looking for a bright side that was suppose to be it? The Dr. wants us to look for paleness, flushed skin, or if Hailey faints or passes out, that will be an indicator that progression is happening. The Dr. said there are no medications just keep her happy. I told her that's all we've ever been told and that's what we do.

The next day was the weekend and our appointment for rehab wasn't until Monday. We had lots of time to kill and not very much to fill it with. When we got Hailey ready to swim she was SO giddy. We are so glad she was given reusable swim diapers to be able to get to go swimming. Thanks June for the great gift!!
Hailey would have spent ALL day out there but after 2 hours you could tell she was fatigued. It was time for medication and a feed and I would have bet she would have fallen asleep, but she didn't. She was awake until it was time for bed and boy did she sleep! 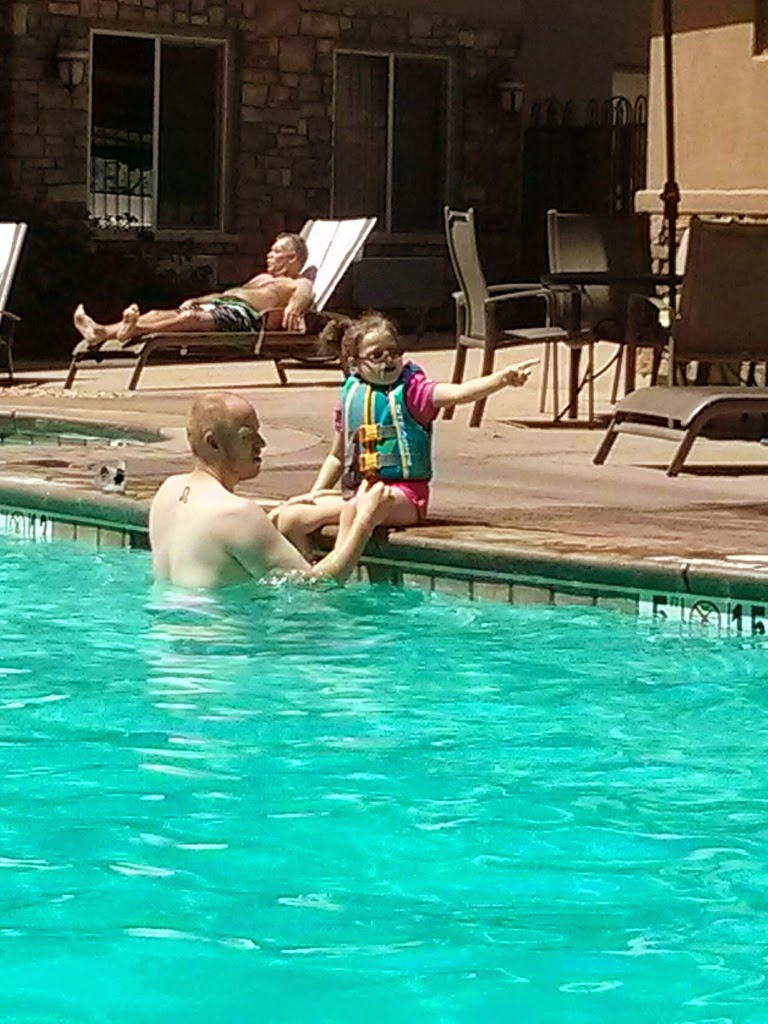 Sunday was a very quiet day and we really didn't do much. We did some sight seeing and we did another couple hours in the pool. Pool ='s Happy Hailey

Monday was our Rehab appointment and we had to check out at 11 am when our appointment was at 4 pm. We tried going to the children's museum, but it was closed. We ended up at Hailey's ALL time favorite store: Learning Express! We have one in Vegas that Hailey frequents when she goes to the mall with her dad. This store was 10x's the size and there were DEMO toys everywhere!

After that we still had a lot of time to kill and it was suggested to us to try a Family Fun Center that was near by. It was a great idea and not TOO expensive. You could play games where you won tickets and almost each game was 1 token. We spent $10 and got 44 tokens. I think you get at least 1 ticket even if you played. When Hailey won and tickets shot out you would have thought she won the lottery. Hailey's hands were in the air and she'd shout, "I won!!!"
There was one game she wanted to play that she needed help with. You put your coin in and have to hold down a catapult and shoot it in a hole with different amounts of tickets you could win. She asked for help and I told her that mommy's not very good. She told me to "try it, it's nice." I gave it a whirl and we won 100 tickets in 1 try! I told her she was my good luck charm.

We spent about an hour at the family fun center and "earned" 400 tickets! Hailey enjoyed turning them in and getting lots of trinkets in exchange.

After the family fun center we went to lunch and walked around a bit before heading to the appointment. Once we were in the Dr. office and the Dr. looked at Hailey she noticed that Hailey has become stronger, but still needs to work on those quads. She also talked to us about Hailey's AFO's. We have had nothing but problems getting the prothetic center to give Hailey the correct AFO's. Once again we find out what he gave us was incorrect and after a year and every single pair being wrong the Dr. suggested that we see the Physical Therapist in St. George and have him take over the AFO's. Another appointment in another state because once again Las Vegas doesn't have what we need for Hailey. It's very disappointing to hear that, but we don't have a choice. Add on another trip which adds on more time away from home, extra gas money, and hotel money. I am hoping we finally get what Hailey needs but I have a feeling something is not going to end up going well in the whose going to pay for this department. It's just one of those gut feelings.
Other then that the trip went very well. We spent time as a family, we swam, we did fun things and then when we go back I want to have something SUPER fun planned that Hailey doesn't know about yet. I'll give you a hint... 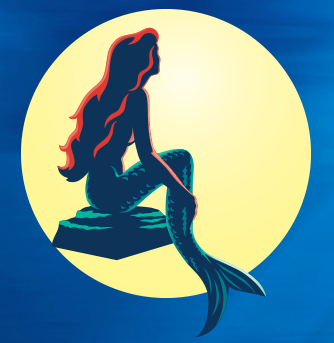 It'll be a bit of money, but I have some new necklaces that are coming up to be available in our Etsy shop and June fundraising commission from DoTerra will go towards this event. I don't want to tell Hailey until it's set in stone, but I'm going to try VERY hard to make this happen!

Well...until next time, Thanks Utah it was fun!